We have recently received a test-press of an album recorded in full analogue in 2002, live in studio by trio of Larry Goldings (piano), Darek Oleszkiewicz (double bass) and Adam Czerwiński (drums). Analogue mastering was made in January 2019 in Abbey Road Studios, production started and about middle of April we will start sending this album to Vinyl Club Members.

This trio is pure poetry. Set right in the middle of jazz specifics and somewhere in roots reaching for Bill Evans. If I told you it’s a world-class music that you listen with your mouth open, you may not believe me – so it’s best to listen to it by yourselves.
Jan Ptaszyn Wróblewski

Well, that may be the shortest and most to the point review for our album.

Let’s add some tech specs at the end:

We are growing bigger! Our latest LP: Piano Sketches 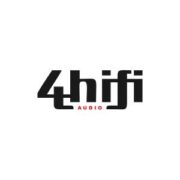